What is Crohn's disease?

Crohn's disease is an inflammatory bowel disease (IBD). Ulcerative colitis and microscopic colitis are other common types of IBD.

Stress and eating certain foods don't cause the disease, but they can make your symptoms worse.

Who is at risk for Crohn's disease?

There are certain factors which can raise your risk of Crohn's disease:

What are the symptoms of Crohn's disease?

The symptoms of Crohn's disease can vary, depending where and how severe your inflammation is. The most common symptoms include:

Some other possible symptoms are:

Stress and eating certain foods such as carbonated drinks and high-fiber foods may make some people's symptoms worse.

What other problems can Crohn's disease cause?

Crohn's disease can cause other problems, including:

How is Crohn's disease diagnosed?

Your health care provider may use many tools to make a diagnosis:

What are the treatments for Crohn's disease?

There is no cure for Crohn's disease, but treatments can decrease the inflammation in your intestines, relieve symptoms, and prevent complications. Treatments include medicines, bowel rest, and surgery. No single treatment works for everyone. You and your health care provider can work together to figure out which treatment is best for you:

Changing your diet can help reduce symptoms. Your provider may recommend that you make changes to your diet, such as:

Some people also need go on special diet, such as a low-fiber diet.

National Institute of Diabetes and Digestive and Kidney Diseases

Crohn disease is a complex, long-lasting (chronic) disorder that primarily affects the digestive system. This condition involves an abnormal immune response that causes excess inflammation. It most often affects the intestinal walls, particularly in the lower part of the small intestine (the ileum) and portions of the large intestine (the colon). However, inflammation can occur in any part of the digestive system, from the mouth to the anus. The inflamed tissues become thick and swollen, and the inner surfaces of the digestive system may develop open sores (ulcers).

Crohn disease most commonly appears in a person's late teens or twenties, although the disease can begin at any age. Signs and symptoms tend to flare up multiple times throughout life. The most common features of this condition are persistent diarrhea, abdominal pain and cramping, loss of appetite, weight loss, and fever. Some people with Crohn disease have blood in the stool from inflamed tissues in the intestine; over time, chronic bleeding can lead to a low number of red blood cells (anemia). In some cases, Crohn disease can also cause inflammation affecting the joints, eyes, or skin.

Note that every provider listed below may not perform or prescribe all treatments or procedures related to Crohn’s Disease. Review each provider for availability.

Note that the treatment of Crohn’s Disease may not be performed at every location listed below. The list may include locations where the treatment plan is developed during and after a patient visit.

Areas of Expertise for Crohn’s Disease 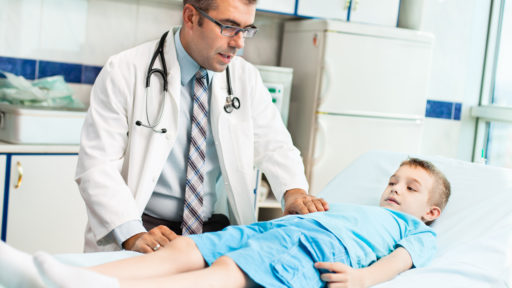 With highly skilled and trained specialists and the latest technology, UAMS Health's digestive health services are the most complete in the state.