Myeloma is a cancer of plasma cells in the blood. It develops in the bone marrow, the soft, spongy tissue in the center of large bones where most blood cells are produced.

Plasma cells are white blood cells that are part of the immune system. They produce antibodies, also known as immunoglobulins, to help fight infection. In myeloma, plasma cells become abnormal and transform into cancerous myeloma cells. As they multiply, they crowd out and interfere with production of normal, healthy cells.

Myeloma cells tend to collect in groups scattered throughout the skeleton – typically in the bones of the spine, skull, pelvis, rib cage, shoulders and hips. Therefore, the disease is often referred to as multiple myeloma.

Myeloma cells prevent bone cells from forming new bone and increase the absorption of bone already laid down, resulting in weak, thin bones characterized by holes (resembling holes in Swiss cheese) or “lytic lesions.” These lytic lesions can cause significant bone pain and increase the risk of fractures. Myeloma can also cause calcium to leave the bones and enter the bloodstream, resulting in what is known as hypercalcemia, which can cause nausea, fatigue and confusion.

Multiple myeloma is the second most common blood cancer and accounts for approximately 12% of all hematologic cancers and 1.4% of all cancers. About 114,000 new cases globally and 25,000 new cases in the United States are diagnosed each year.

In the United States, the lifetime risk of getting multiple myeloma is 1 in 143, or 0.7%. The risk of multiple myeloma increases as people age. Most people diagnosed are at least 65 years old. The disease is rare in people younger than 35. Men are more likely to develop multiple myeloma than women. It is more common in African Americans than in white Americans.

The risk of developing myeloma is also higher among those with monoclonal gammopathy of undetermined significance (MGUS). MGUS occurs in about 1% of the general population and in about 3% of healthy individuals older than 70 years. MGUS is a benign condition that does not require treatment. However, MGUS often progresses to multiple myeloma at a rate of 1% per year.

The causes of myeloma are not known, but the interaction of patients’ inherited genetic and environmental factors is thought to play a role. Researchers at the Myeloma Center are exploring the biology of myeloma to better understand the impact of genetics and the environment.

What are the symptoms of myeloma?

Symptoms of myeloma may include:

Early stage of myeloma may not exhibit any symptoms.

How is Myeloma diagnosed?

Myeloma can be difficult to diagnose because many of the symptoms are not specific only to myeloma. Sometimes myeloma is first indicated by an abnormality found during routine blood work or results of an X-ray for a broken bone. A full series of diagnostic tests is required, as is a thorough history and physical exam, in order to make a definitive diagnosis.

Diagnostic testing at the Myeloma Center may include:

Bone Marrow Aspiration and Biopsy is used to estimate the number of myeloma cells, their activity in bone marrow and the degree of damage they have caused to normal bone marrow structure. The bone marrow sample is also used for cytogenetic testing and gene expression profiling.

Mutation Detection, via molecular genetics tests done on a tissue sample from the patient’s bone marrow, helps identify the patient’s specific myeloma subtype. This information is used to develop precision treatment designed for each individual patient.

Axial Skeletal Survey, including X-rays of the shoulders, backbone, pelvis and skull, is used to identify the extent of bone disease caused by the myeloma and to evaluate any significant bone damage.

Bone Densitometry indicates status of bone strength and the amount of bone loss, even when no overt symptoms exist. Bone densitometry results provide baseline information that is helpful for future treatment decisions.

Magnetic Resonance Imaging (MRI) is a scan of bone and bone marrow, conducted with computerized measurements of radio waves, that enables a close-up view of the bone marrow. It is more effective than standard X-rays for highlighting the presence of myeloma. MRI can identify the exact location and approximate volume of myeloma cells, and it can indicate whether the myeloma has spread.

Diffusion Weighted Whole Body Imaging (DWIB) MRI is a functional MRI that detects water diffusion through cells. It is used to assess and follow the resolution of bone lesions. The Myeloma Center is unique in utilizing DWIB MRI to guide treatment decisions.

Positron Emission Tomography-Computed Tomography (CT/PET) scanning is used to show the presence of active cancer and other abnormalities. The technique combines PET and CT; the images from both devices can be superimposed on each other. This enables alignment of functional imaging, which depicts metabolic activity that can detect cancer cells, with anatomic imaging.

How do we treat myeloma?

Treatment is aimed at controlling the disease, relieving symptoms and complications, extending and improving the quality of life, and, ultimately, cure.

Each patient’s treatment plan is based on a number of factors, including age, overall health, clinical laboratory and imaging results and prior treatment. At the Myeloma Center, we also utilize specialized genetic diagnostic testing to help determine the best treatment regimen for each patient. This individualized approach holds the greatest promise of cure.

Treatment may or may not include stem cell transplantation, combinations of chemotherapy, bone-strengthening drugs and immunotherapy. The Myeloma Center’s team of specialists is constantly developing new, innovative treatments with maximum effectiveness and minimal side effects that target malignant cells but spare healthy cells. Our goal is to harness the power of biological understanding for the best possible outcome.

By personalizing treatment based on each patient’s genetics and other health and risk factors, we are accelerating targeted treatment strategies tailored for each individual.

The Myeloma Center at the University of Arkansas for Medical Sciences is one of the largest, most comprehensive centers in the world for research and clinical care related to multiple myeloma and related diseases. With a multi-disciplinary team that includes myeloma physicians, pathologists, radiologists and other specialists, the Myeloma Center ensures that all aspects of a patient’s disease and care needs are fully addressed in a complete, comprehensive fashion.

The Myeloma Center is committed to accelerating curative therapies for multiple myeloma and related diseases through an integrated program of innovative research and outstanding patient care.

A significant question that remains with CAR T-cell therapy in for patients with multiple myeloma is where it fits into the treatment algorithm.

Search our clinical trials for those related to Multiple Myeloma.

Note that every provider listed below may not perform or prescribe all treatments or procedures related to Multiple Myeloma. Review each provider for availability.

Note that the treatment of Multiple Myeloma may not be performed at every location listed below. The list may include locations where the treatment plan is developed during and after a patient visit. 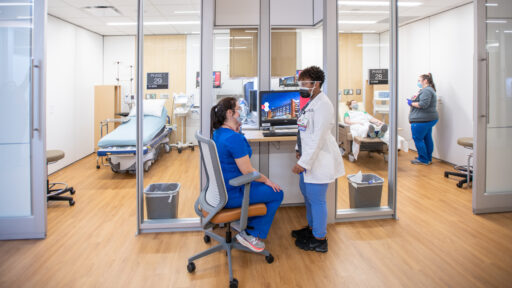 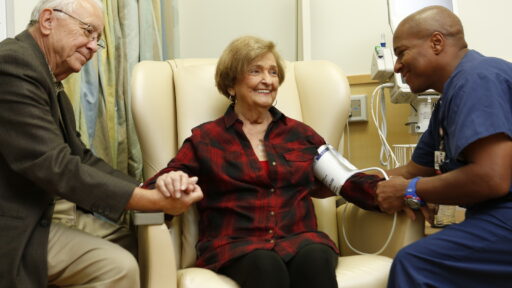 Areas of Expertise for Multiple Myeloma 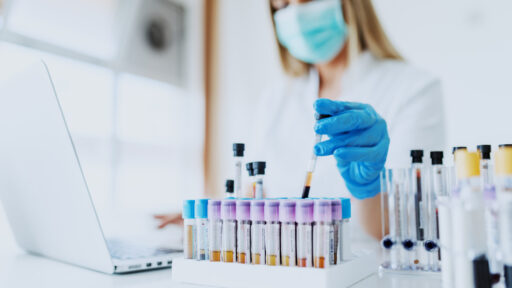