Make an Appointment With Dr. Pemberton

Dr. John D. Pemberton is a professor of the Department of Ophthalmology at the University of Arkansas for Medical Sciences (UAMS). He is certified by the American Board of Ophthalmology, specializing in plastic surgery of the eyelids, orbital masses, orbital reconstruction, tear drainage repair and other surgeries of the structures surrounding the eye. He sees patients at the Harvey and Bernice Jones Eye Institute, the Arkansas Children’s Hospital and the John L. McClellan Memorial Veterans Hospital.

Dr. Pemberton received his undergraduate degree in Biological Sciences with a minor in Theater from Grand Canyon University in Phoenix, Ariz., and his doctorate in medicine from Touro University College of Osteopathic Medicine in San Francisco, Calif. He completed a residency in ophthalmology and was the chief resident at West Virginia University. He specialized further, accomplishing a 15-month fellowship in oculoplastic surgery at the Beraja Medical Institute in Miami, Fla., and another 15-month fellowship in oculoplastic and orbital reconstructive surgery at the renowned Massachusetts Eye and Ear Infirmary, Harvard Medical School, in Boston, Mass. While there he saw patients at the Massachusetts General Hospital, Beth Isreal Hospital, and the Brigham and Women’s Hospital; all teaching hospitals for the Harvard Medical School.

Dr. Pemberton has been in the military since 1989 and has over 21 years of service. He started his military career as a combat medic which segued naturally into a career in medicine. In 2002, after completing his internship at Brooke Army Medical Center in San Antonio, Texas, he was assigned as a flight surgeon for the 1st Cavalry Division, 7th Cavalry Regiment at Ft. Hood, Texas, a famous U.S. Army unit with historic members such Colonel Custer and Colonel Moore. He remained with this unit from 2002 through 2005, 13 months of which included a tour in Iraq. He received the Bronze Star Combat Medal, Combat Medical Badge, Golden Spurs Award, and the Iraqi Expeditionary Medal for his service.

Dr. Pemberton is a Doctor of Osteopathic Medicine (D.O.) which is a professional doctoral degree for physicians in the United States. Holders of the D.O. degree are known as osteopathic physicians. The difference is that D.O.s belong to a separate but equal branch of American medical care — through the osteopathic approach. Osteopathic physicians look at the entire person to reach a diagnosis, rather than focusing only on the symptoms, and they are trained to help the body heal itself. They teach patients how to prevent illness and injury by living a healthy lifestyle, and perform osteopathic manipulative treatment (OMT), a hands-on treatment whereby the D.O. will manipulate muscles and joints with techniques that include stretching, resistance and gentle pressure. D.O.s practice with the belief that all parts of the body work together, influencing one another. They receive special training about the nervous system and musculoskeletal system, and they provide something very important to the patient — a healing touch.

Medical Treatments and Procedures Performed or Prescribed by Dr. Pemberton

Whether you need a general eye exam or complex care, the professionals at UAMS Health can help. The UAMS Harvey & Bernice Jones … 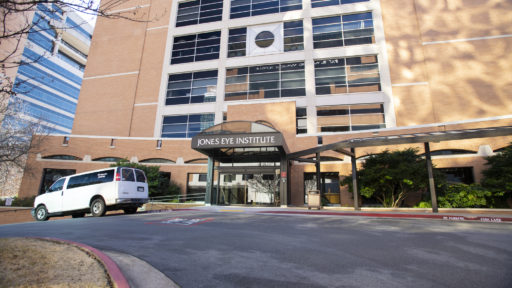 Recommend Provider
4.7 out of 5
Listened Carefully
4.5 out of 5
Knew Important Medical History
4.2 out of 5
Gave Enough Information about Health and Treatment
4.4 out of 5
Trust Provider
4.5 out of 5

The staff is courteous and friendly. Dr. Pemberton knows me and speaks directly to me. He remembers me talks to me with nurse listening. They help me understand my condition and his plan of care,and let's me take part in decision making. I'm trust and appreciate Jones Eye Clinic and UAMS eye I was born.

This survey seems to be more about nurses than anything else. So I just wanted to say the doctors did a good job.

He's very quick to come in and see the patient. He doesn't allow for patients to ask in depth questions.

Make an Appointment With Dr. Pemberton