Laser Interstitial Thermal Therapy (LITT), also known as MRI-guided laser ablation, uses the Robotized Stereotactic Assistant (ROSA) Robot to implant a laser fiber into a tumor, which is destroyed with heat while the surgeon watches in real time on an MRI.

The ROSA (Robotized Stereotactic Assistant) Robot is one of the latest breakthroughs in neurosurgery. The device makes procedures less invasive, significantly shorter, improves surgical accuracy and minimizes the risk of pain or infection. Overall, the technology makes for a safer surgery procedure.

UAMS is one of only five medical centers in the United States to have a ROSA Robot.

ROSA has a robotic arm that features high dexterity for surgically precise movements and uses a noninvasive laser for accurate measurements that together provide a type of navigation system for the brain.

The technology builds on a methodology called stereo electroencephalography (EEG), which refers to a three-dimensional implantation of electrodes into specific regions of the brain. The ROSA Robot is essential in mapping out the source of seizures and their spread in the brain.

Note that every provider listed below may not perform or prescribe Laser Ablation for all conditions related to it. Review each provider for availability.

Note that Laser Ablation may not be performed at every location listed below. The list may include locations where the treatment plan is developed during and after a patient visit. 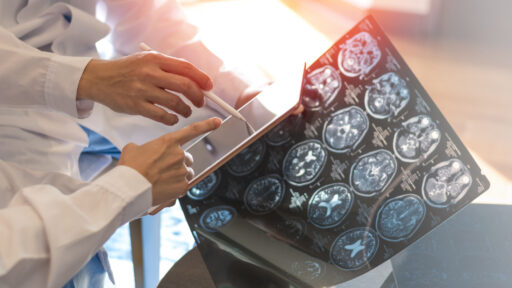