Make an Appointment With Dr. Tirumanisetti

Existing patients also have the option of requesting an appointment online through MyPortal. 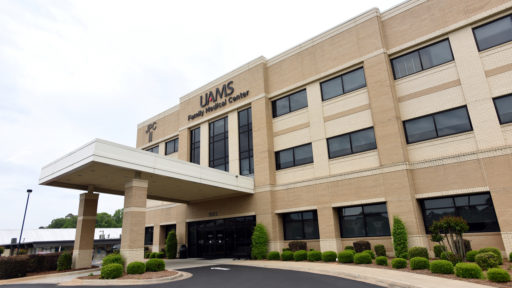 The Dr. was very concern about about my health !!!

I was very pleased with young, Dr. T. I was very happy. I had him as my new primary care provider. I was wanting results back on my blood work and I haven't received it yet.

It was very helpful to me it was my first visit. I appreciate the time and effort the gave me because I was nervous and had questions.

I called in November and December to schedule an appointment with a physician and was told that the physician was not accepting new patients until the beginning of the year. So I called back in January and scheduled an appointment with the doctor that I was trying to get my [>75] year old Mother scheduled to come in for a visit. I was given an appointment with the doctor. UAMS even contacted me several times prior to my visit to take care of preliminary prerequisites such as insurance numbers and etc. At no time did anyone mention to me that we would not be seeing the doctor the we had scheduled the visit with. I discovered that my mother's name was misspelled and that it was not the doctor that I had asked for when I looked at the chart stickers that we had been given. It was only after we were in the examination room with the wrong physician that I asked when would we be seeing the doctor that I had made the appointment with. It was then that the nurse informed us that we wouldn't be seeing that person because they had an extremely long waiting list. This is the first time that I have encountered something of this nature. I feel that in order for it to be prevented the following should occur: - professionalism and truthful communication as it relates to appointments and scheduling - courtesy should be the norm and not the exception This was my first time to visit the Pine Bluff UAMS office and I am not sure but it will probably be my last. [NAME]

Make an Appointment With Dr. Tirumanisetti

Existing patients also have the option of requesting an appointment online through MyPortal.