Make an Appointment With Dr. Irish-Clardy

Dr. Irish-Clardy grew up in Costa Rica. She came to the United States for her last year of high school, later earning her undergraduate degree from Russell Sage College in Troy, N.Y. She returned to Costa Rica after college and obtained her doctorate of medicine from the University of Costa Rica Medical School. She completed the required year of social service as a general practitioner working at a rural health department in Costa Rica.

Subsequently, she moved to Arkansas where she completed her residency in Family Medicine at UAMS West in 2001. Being fluent in Spanish, she worked for four years at Sparks La Clinica Del Pueblo in Fort Smith, serving the Hispanic population in Fort Smith and the surrounding area. During that time, she was part-time faculty at UAMS West. In 2005, she joined the faculty full-time.

She continues to see patients in clinic, along with her duties as faculty. Dr. lrish-Clardy also maintains a close relationship with our affiliated hospital, Baptist Health-Fort Smith, serving on several hospital committees.

Dr. lrish-Clardy and her husband, Dr. Bryan Clardy, met during residency and have two children, Kenneth and Erin. She is active in her church and sings in the chancel choir. 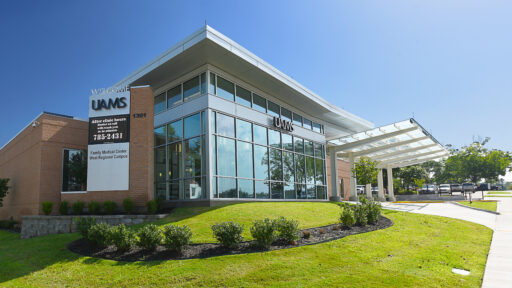 Recommend Provider
4.5 out of 5
Listened Carefully
4.4 out of 5
Knew Important Medical History
4.1 out of 5
Gave Enough Information about Health and Treatment
4.1 out of 5
Trust Provider
4.3 out of 5

Nothing, everything went fine

Yes, everything went well. Everything they told me was very good. I thank you.

As a mother, I like it when they check the children well, that they don't just say it's normal, it's going to go away or because they see it on their face and they say it's fine, they should examine more about what the mother He mentions them about his son, thank you, do tests to see if they are well inside and outside. And when they weigh children if they could put a digital scale for children from newborn to 1 year

Thank you for my continued excellent care. All my Love and Prayers.

Make an Appointment With Dr. Irish-Clardy