4.2 out of 5
68 Patient Satisfaction Ratings
8 comments

Make an Appointment With Dr. Magann

Dr. Everett “Pat” Magann obtained his doctorate of medicine from the Medical College of Virginia at Virginia Commonwealth University in Richmond, Va. He completed an internship and residency in obstetrics and gynecology at Charlotte Memorial Hospital in Charlotte, N.C. He then completed a fellowship in maternal-fetal medicine at the University of Mississippi Medical Center in Jackson, Miss.

He joined the U.S. Navy and served in the military for several decades both on active duty and as a reservist. He retired as a captain in the United States Navy. While in the Navy he earned the Meritorious Service Medal with Gold Star (second award of the same medal). He has served as an OB/GYN and maternal fetal medicine specialist in naval hospitals around the world.

Dr. Magann worked as a Maternal-Fetal Medicine Specialist and a Clinical Professor of Obstetrics at King Edward Memorial Hospital, the obstetric teaching hospital of the University of Western Australia, Perth, Australia from 2001-2003. He returned to the U.S. in 2003 when his Naval Reserve unit was activated for Operation Iraq Freedom. He currently remains a fellow in good standing of the Royal Australian and New Zealand College of OB/GYN.

In 2012, he started an MFM Fellowship at UAMS and continues as the Fellowship Director. He currently holds dual full professorship in both departments of OB/GYN and Genetics at UAMS. He is also a clinical professor at OB/GYN University of Western Australia and at Oklahoma State University.  He has been the PI on several clinical trials, NIH grants and independent research.  To date, he is an author or co-author on 308 abstracts, 350 peer-reviewed publications, and 38 book chapters. Dr. Magann is a member of numerous medical organizations, including:

Dr. Magann offers his patients more than 30 years of experience in obstetrics.

Medical Treatments and Procedures Performed or Prescribed by Dr. Magann 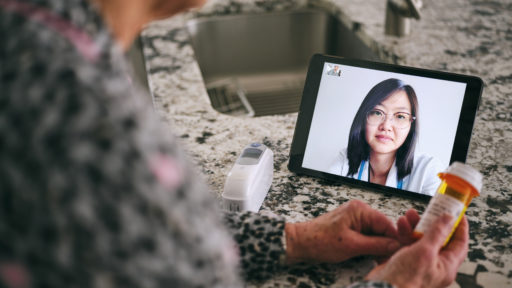 From virtual care for patients to virtual consults for doctors across Arkansas, our goal is to improve quality and access to clinical care.

For decades, women have come to UAMS Health for complete pregnancy care. We've cared for generations of Arkansans and we are here for you and your baby.

Recommend Provider
4.4 out of 5
Listened Carefully
4.1 out of 5
Knew Important Medical History
3.9 out of 5
Gave Enough Information about Health and Treatment
4.2 out of 5
Trust Provider
4.2 out of 5

Friendly staff everywhere I have been so far

Nothing, but I love it

Everyone was very nice and courteous. Only downfall: The lady at the front desk on the 3rd floor was on a personal call that I didn't much care to hear/ need to hear.

I thank God for each of the ladies and gentlemen he placed in our path during our visit at UAMS Women Center. They were professionals and listened attentively to our concerns. We even got to joke a bit which relaxed me during this time. THANK YOU ALL and may God continue to bless you. We appreciate you and the role you play in making people well!

I had an awesome experience, we had some issues with scheduling my appointment but it wasn't their fault, and they worked very hard to make sure I was able to be seen and I wasn't rushed at all. Everyone was very very nice!

Make an Appointment With Dr. Magann